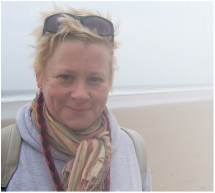 Jane Hazlegrove
Director/producer
A professional actor for over thirty years (she started young!) Jane has worked in theatre, television, radio and film across the country. Currently best known for her on-going role as "Dixie" Dixon in BBC's "Casualty", Jane has big dreams, big ideas and big plans for Fitzherberts Inc.  Jane has a passion to tell stories from all walks of life and that gobby Northern grit can move mountains when she puts her mind to it! 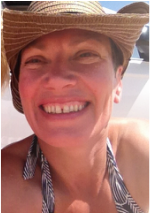 Isobel Middleton
Writer/producer
Isobel has also been an actor for over twenty years and has worked on stage, in television and radio and as a successful voice-over artist across many different media. She also paints and makes stuff and has been concentrating on writing for the past five years. This is Isobel's first attempt at a film screenplay and she is very excited about finally getting something into production. After years of talking about it, the time has come to actually DO something about it!